What is Jeet Kune Do?

Brief history of Jeet Кune Do

Jeet Кune Do (that literally means “The way of an interception fist”) was founded in 1967 by Bruce Lee. Having studied many styles and kinds of martial arts Bruce Lee created his own technique. He transformed his knowledge into science, art, philosophy and the way of life and called it as “Jeet Kune Do”.

So how is Jeet Kune Do (JKD) distinguished from other kinds of martial arts? Development of the harmony of the physical and spiritual state of a person lays inherently in the JKD. Jeet Kune Do is one of the most precious treasures among the martial arts, its followers concern to the mostly versatile prepared masters of fight in the world.

They train in such conditions that help them to develop a skill of a real single combat. The whole art of Jeet Kune Do (JKD) is connected with movement – relocation, sliding, hands and feet blows, grappling and throws, blocks and counterstrokes. This is the continuation of eternal movement, though at the same time it is a calmness stream contained in the realization, susceptibility and intuition.

The system becomes more important than a person in classical styles! Classical style follower operates according to the style canons. Classical forms make your creativity boring, cause and freeze feeling of freedom. You “do not live” any more but simply “carry out” insensitively. The form means nothing else but the cultivated resistance.

This is the final practicing of the sample of the selected movements. Instead of creating resistance you should start acting directly when it is required. Having bound himself by the incompleteness of actions of any method, having isolated himself within the limits of a sample, the follower of style meets the opponent, seeing him through a veil of the resistance of these methods and samples.

He “plays” the stylized blocks enjoying his own cries and not seeing that the opponent is actually doing. There are styles which prefer rectilinear movements, and there are styles preferring movements by the arc and by the circle. The styles which keep adherence to separate aspects of fight are in chains of their preferences.

Jeet Kune Do is Martial Art

Jeet Kune Do is the art which has absorbed a lot of styles and directions, without denying those laws which lay in their basis. Lee did not want to give a certain name to his style considering that it will drive his art in certain frameworks. The fighter, in Lee’s opinion, should not be bound to any certain concept and should act depending on conditions, choosing the tactics and means which would directly conduct to a victory. The fighter should express himself in each blow. However the founder of Jeet Kune Do said the best words about it:

“Jeet Kune Do is the enlightenment. It is a way of life, impulse to finding of strong will and control. Look at Jeet Kune Do from the will education point of view. Forget about victories and defeats; forget about pride and pain. Do not worry about the escaping safety – put the life before your opponent! In order to understand Jeet Kune Do it is necessary to reject all ideals, models and styles.

In general it is necessary to reject even the concept of everything ideal and non-ideal in Jeet Kune Do itself. Jeet Kune Do art is simply in simplification. It means to be oneself. It is a reality in its “stay”. Thus, the value of stay is possession of freedom in its primary value not limited by any bindings, conventions, frameworks, complexities.

Jeet Kune Do is Above the Styles

If you experience any influences, when classical ways of reaction do not exist for you then you will comprehend what such present vision means and comprehend the ability to feel absolutely fresh, absolutely new perception. Jeet Kune Do is the techniques allowing to find freedom; it carries out educational and illuminating function.

Self-expression is not developed by means of forms training and Jeet Kune Do prefers everything shapeless so that it could accept all possible forms; and as there is no any exact style in Jeet Kune Do it would accept all styles. As a result Jeet Kune Do uses all the ways but it is not limited by anything, and it also uses all techniques or means that can lead to the desirable purpose. Efficiency is considered to be the main thing in this art”.

Legal Status of Our Federation

In December, 2006 Jeet Kune Do Federation, headed by Mikhail Kim, was registered in the Ministry of Justice of the Republic of Uzbekistan and became a member the Center of Martial arts of Uzbekistan. 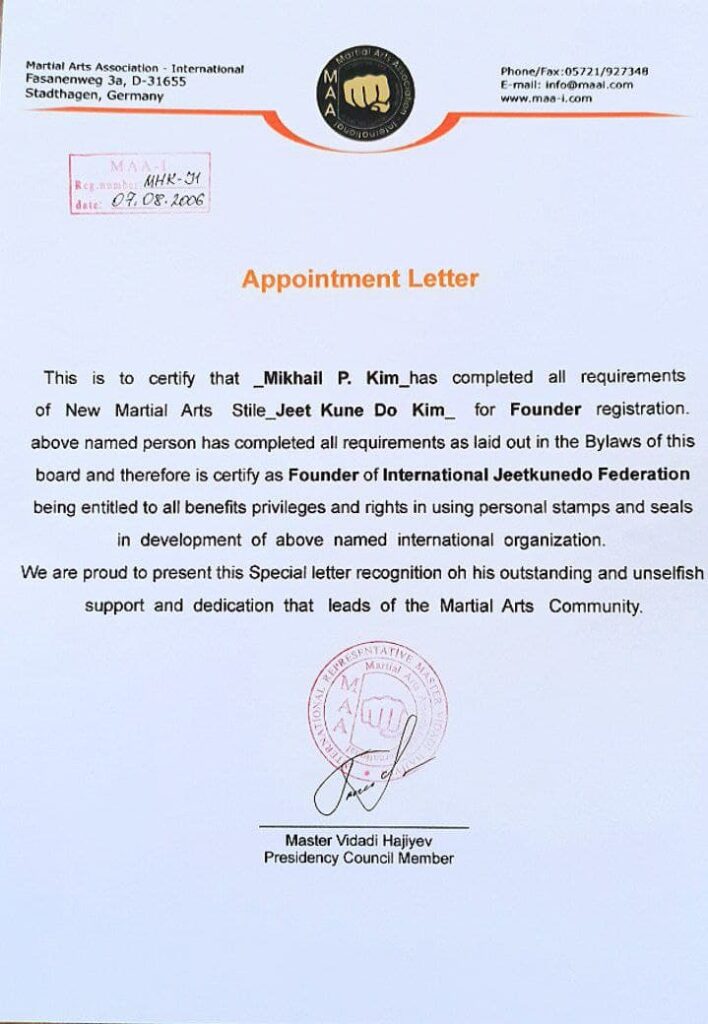 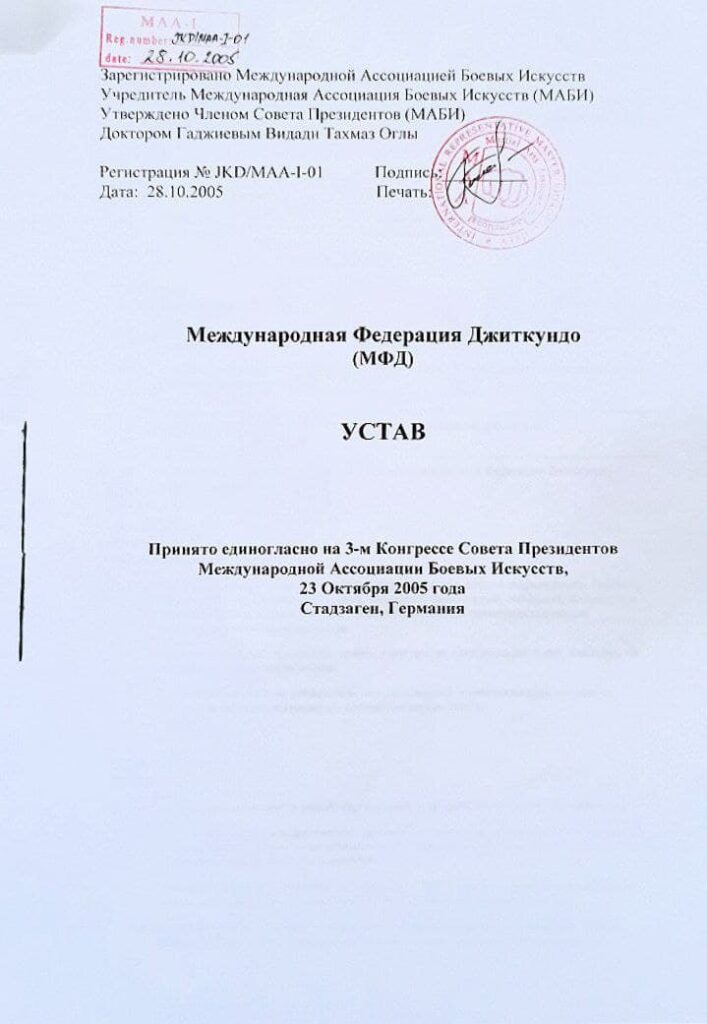 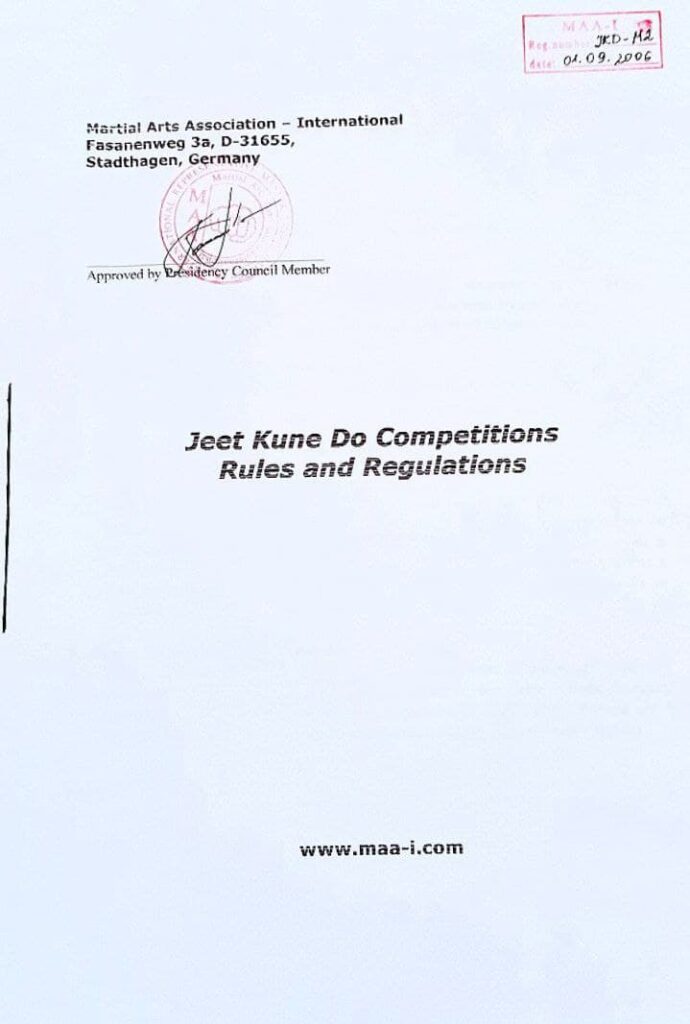 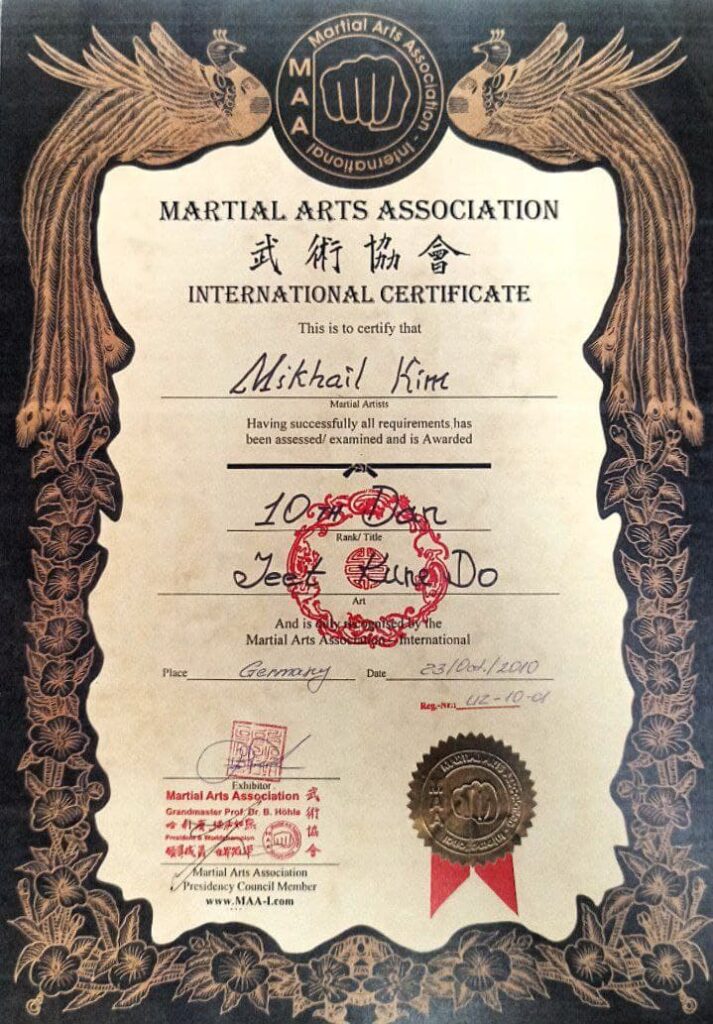 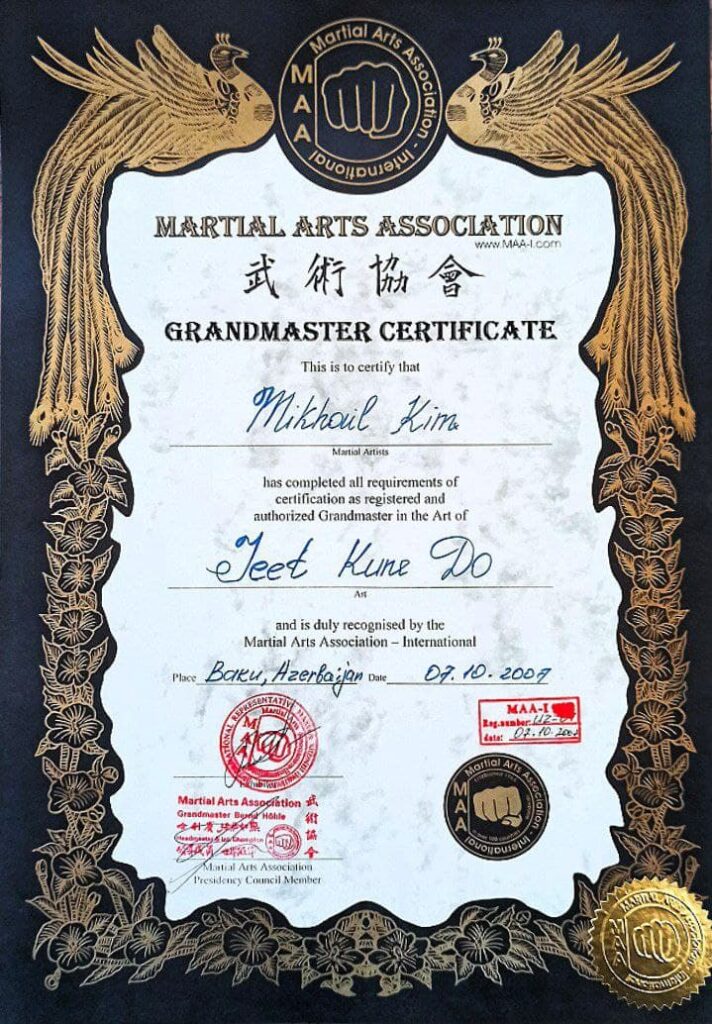 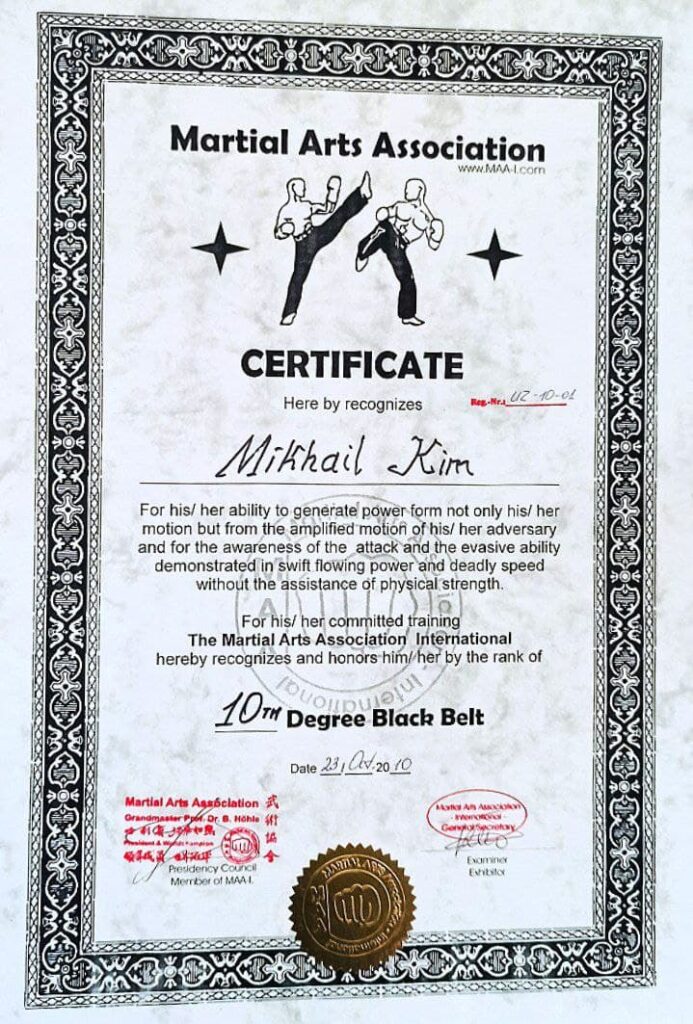 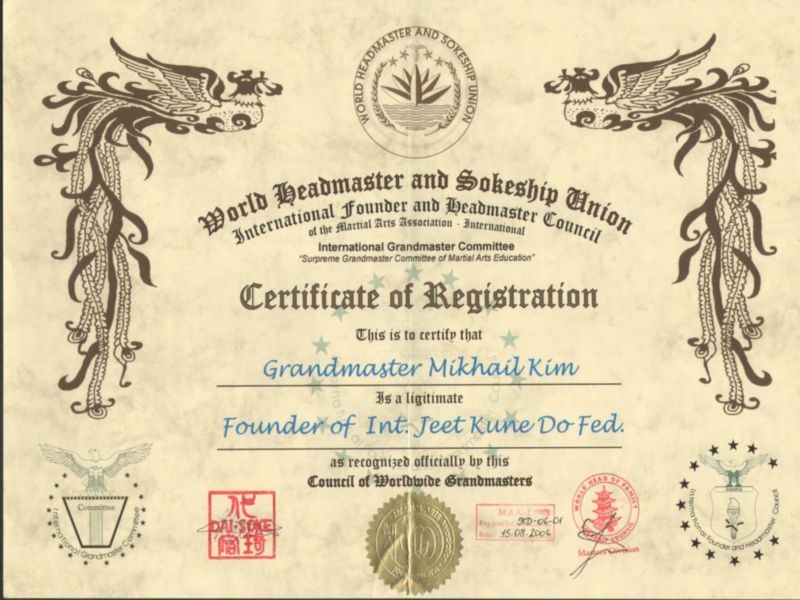 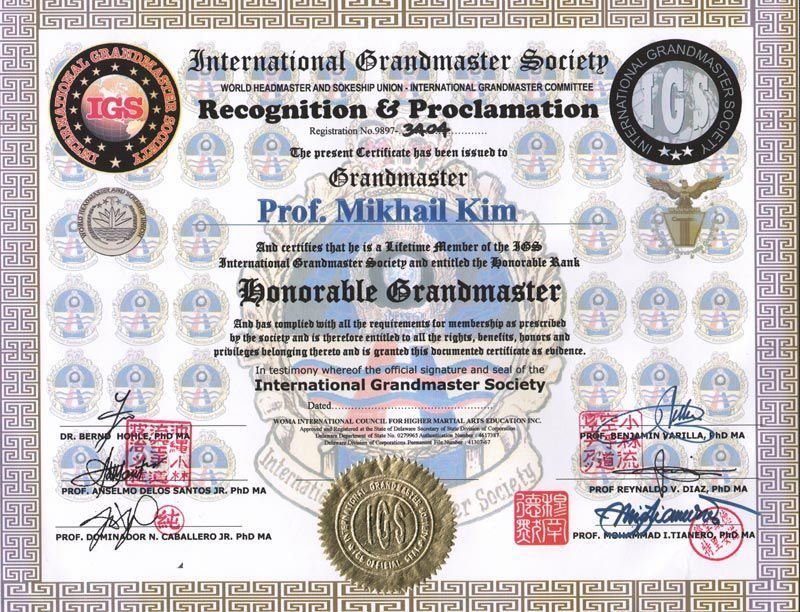 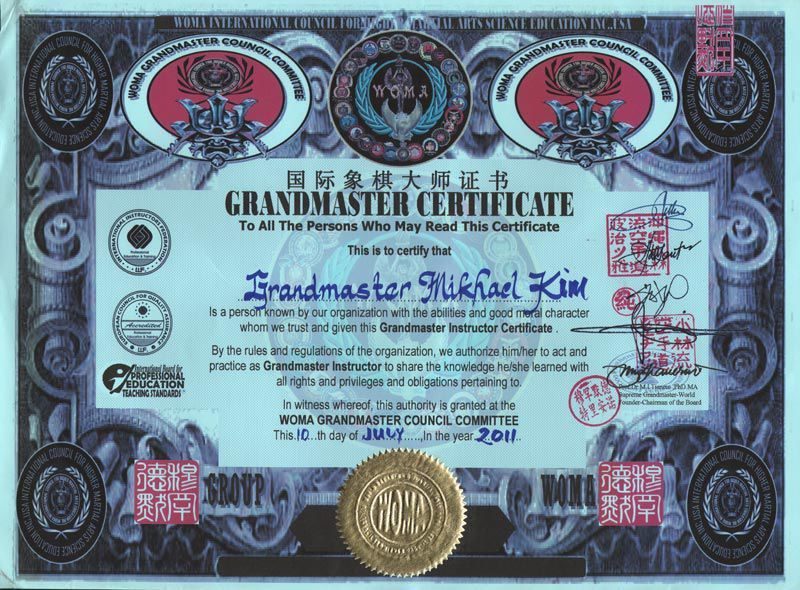 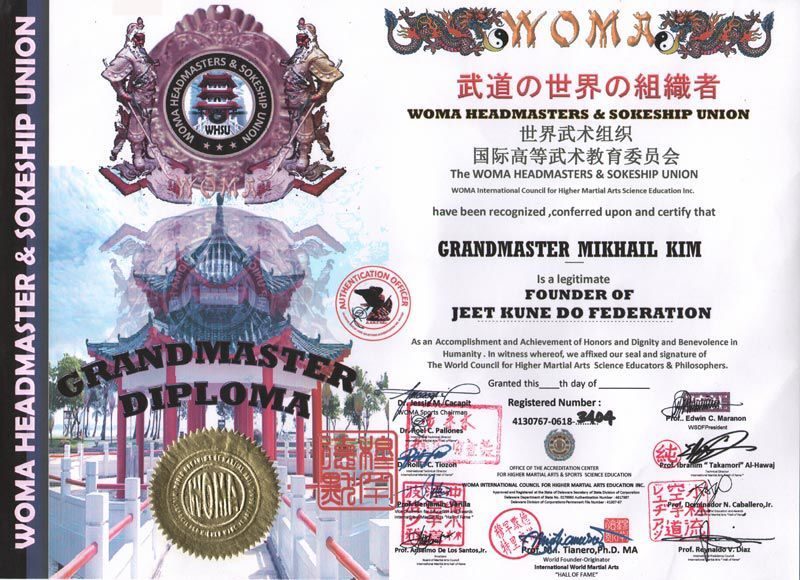 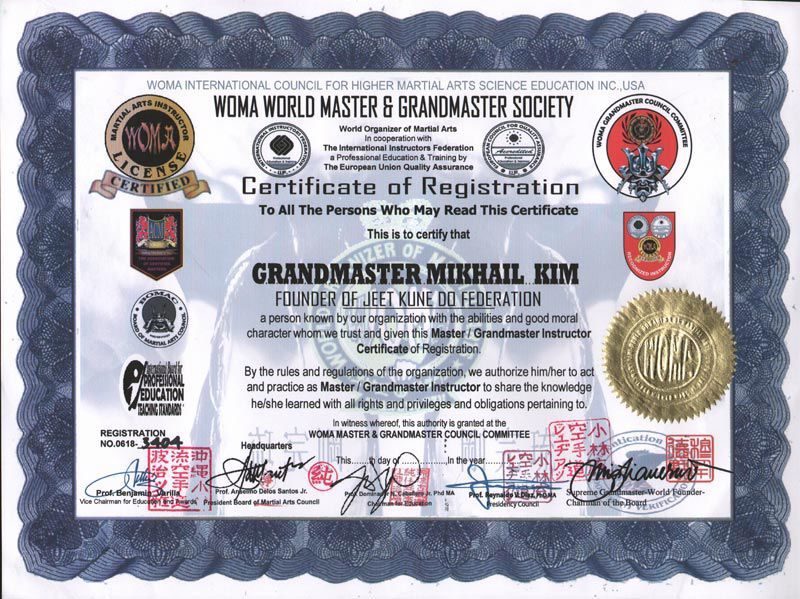 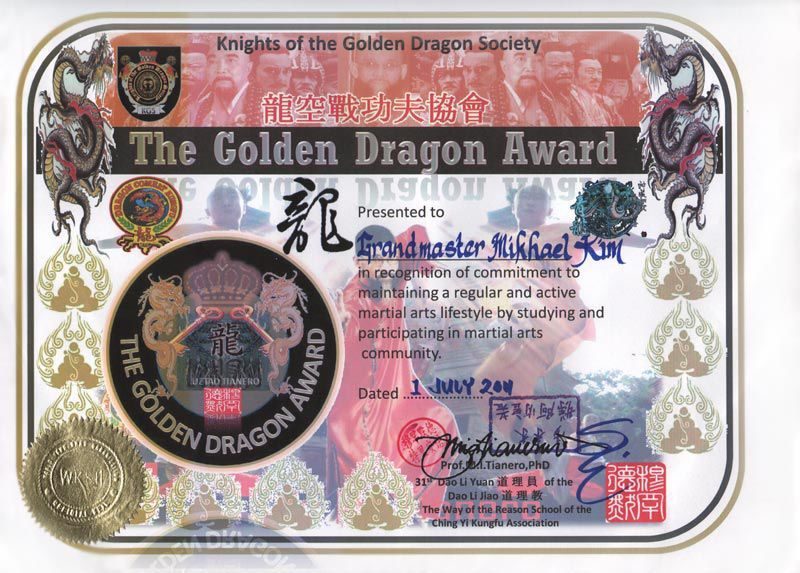 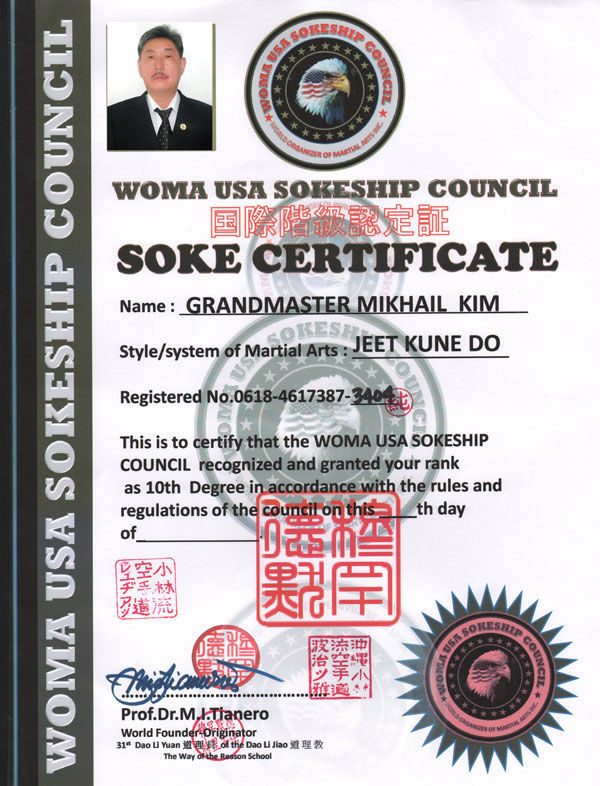 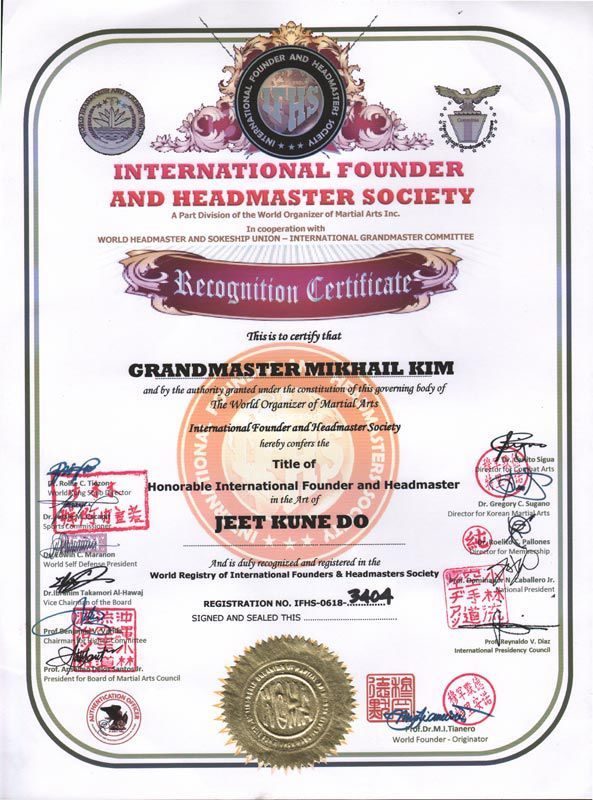 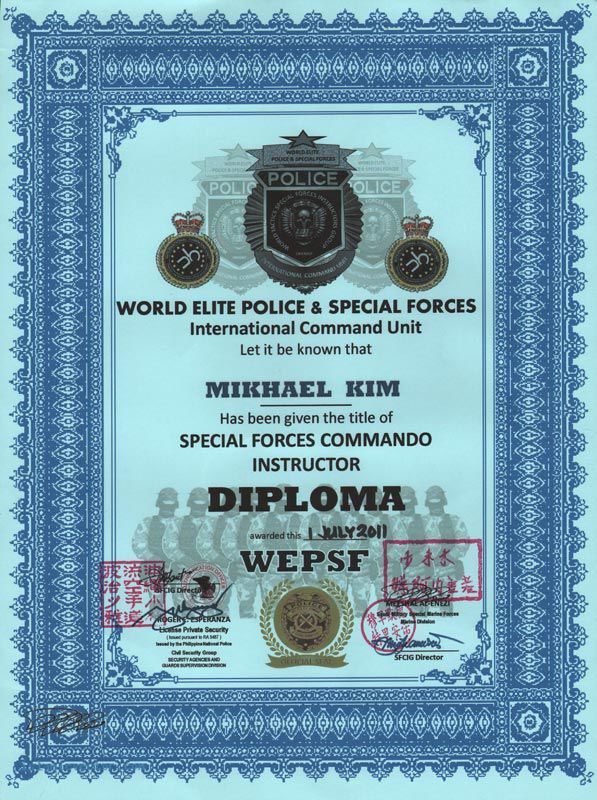 Our Activities in Facts and Statistics

JKD International Federation founded by GM 10-dan Mikhail Kim in October, 2005. We are officially recognized and registered in MAA & WOMA.

We have over 30+ membership countries & over 100 active members worldwide for today.

We trained and graduated more than 5 000 black belt owner students & instructors for the last 15 years.

We regularly conduct seminars and trainings on Jeet Kune Do locally and in many countries around the world. 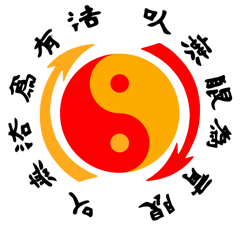 There must be a sense of freedom in the developmen

“Be steady as a mountain and active as water”.

Dear friends and brothers! We wish you Merry Chris

Avoiding opponent's attack throughout the side mov

Hard times are a test of strength. Keep calm & kee

The will and attention of a warrior is sharp as we

Everyday training is the shortest way to becoming

If you want to host a JKDKIM school seminar in you